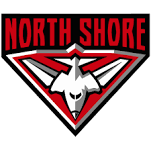 Notice to All Players

We’re well and truly into the swing of pre-season training. All sessions are now back at our home ground at Gore Hill Oval; and we’ve had some terrific numbers lately.

If you’re planning to play this year but haven’t been down to training yet, there’s no time to lose! Get down to Gore Hill, because you’ll need to work on your fitness, your skills and be a part of the game plan.

In a couple of weeks time, AFL Sydney will be closing nominations for teams. So we need you to register ASAP. Even if you played for us last year, you’ll need to register for this year.

After the covid delay last year, once we finalised our team nominations we ended up being a team short in the Mens divisions; and we weren’t able to give players as much game time as we wanted to. We need you to register so that doesn’t happen again.

The league want to be sure that when they schedule us to play, we will turn up. Having everyone registered will prove that we’ve got enough players to field every team we want to.

Also if you’ve just joined us and have previously played for another club, we’ll need to get a clearance. Normally that’s just a formality. But if we can get them done now it’ll avoid a mad rush before the pre-season trial games or before round 1.

If you’re having any problems, get in touch with Stuart Kennedy at registrar@northshorefc.com.au.

Train hard, have fun and let the excitement build. Round 1 will be here before you know it!!

Tweets by northshorefc
Your Club Needs You