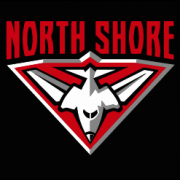 Hello Folks,
As we know, the lockdown has been extended and with case numbers where they are, I don’t think it will surprise anyone if it’s extended again. That said, the AFL is working on a range of scenarios for us to deal with the various potential dates for returning to training and to play.
There is clearly uncertainty about those dates, but the expectation is that we will get back at some point. One of the options being considered is a slight extension to the season and we can expect announcements about this when there is a degree of certainty about when our return to play will be.
Back to Bears Day has now been postponed to the last round of the season, but unfortunately we’ve had no option but to cancel the Red & Black Ball –  for the second year in a row. For those who’ve already bought tickets to the Ball, we’ll make arrangements to get refunds to you.
I’d like to thank Phoebe Gray, Lucy Greenwood, Grant Perris and the rest of the Functions & Events team for the work they’ve put into trying to get functions happening this year.  A lot of effort has been put in that hasn’t seen a reward yet, but I’m sure we will be able to hold our B&F Ball and if everyone gets behind that event, it’ll be a great night that will make their efforts worthwhile.
At a club level we’re working through the financial implications of the lockdown, as well as planning our return to play.
In terms of the financial impacts, they will be significant. At this stage we are carrying full year costs on all of our most expensive costs (ground hire actually went up this year) and against this we’ve lost all of our function income, as well as approximately 50% of our bar/canteen revenue and potentially some sponsorship.
As we did last year, the Committee will work on reducing the impacts to get the club through, but in a number of ways this year’s lockdown has caused us more problems than last year’s did. We will provide further updates on this over the next week or so, but in the interim it is vitally important that anyone who hasn’t yet paid registration, to please get those funds in.
Until we get back to something approaching normality, look after yourselves and for all players, keep as fit as you can so that we can hit the ground running when we do return to play.