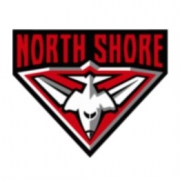 I sincerely hope you’re all well and getting through the lockdown okay.

As you’d be aware, there are indications that things are improving regarding Covid-19 and that the Federal Government and State Governments and around the country are suggesting they may be prepared to progressively ease restrictions if these improvements are maintained.

There is a Federal Government Cabinet meeting on the 8th of May to review the situation and in view of this the AFL has indicated that it will issue advice in the week commencing May 11 about the immediate future of elite AFL competition. The AFL has also indicated that it will issue advice about community football, including potential dates for returning to training and playing.

All decisions about community sport are obviously contingent on what happens with the virus and a spike in infections would jeopardise our return to play, but the signals are positive enough that we should start preparing for it.

Trying to guess dates at this stage isn’t productive, but it’s fairly clear that if we are going to play this year, we will need to start no later than July, which would enable a shortened season of around 9 games and finals in October. So until we have better information, I suggest that all teams should prepare for a return to play in July.

Assuming we get a shortened season this year, it’s going to be really important to be right on it in terms of fitness for round 1, because there’s very little time to pull back a slow start.

Where we sit now would be similar to being in the second half of January in a normal season, which is around the time that training would normally start to really ramp up. So although we’re not able to train normally yet, all players should be thinking about stepping things up, if you’re not already!!

Taking a glass half full approach, I’m really hopeful that we’ll get some footy in, so let’s make it count.