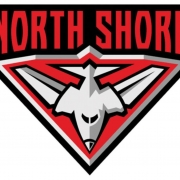 The North Shore Football Club is saddened to learn of the passing last week of Ian Allen.

Ian played for North Shore from 1966 to 1972; usually across centre half-back. It was an era when the Bears (as we were then known) had a tough half-back line; a trio of Ians that was almost impenetrable. In his time at North Shore, he won two Best and Fairest awards and was vice-captain in 1971. He also trained with Richmond in 1969; and was a Sydney Representative player in 1969 and 1970.

He then moved across the Bridge to join East Sydney in 1973.

In 1970, Ian was one of a small group of Aussie Rules players who were given the honour of meeting the Queen and Prince Phillip in their Royal Visit. He was inducted to the AFL Sydney Hall of Fame in 2007.

North Shore offers our condolences to Ian’s family and friends.

Round 14 Teams
Scroll to top