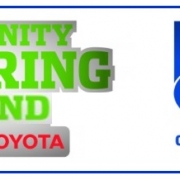 Community Umpiring Week is a dedicated round on the AFL’s calendar nationwide, with the aim to promote the benefits of umpiring at community level.
Umpiring AFL is a terrific way to get fit, get paid and meet new people.
Positive match day environments are crucial to the promotion of umpiring – which is why this weekend AFL NSW/ACT will be asking all players and coaches to shake hands with their umpires before each game – as a public display of commitment to making umpiring attractive to all newcomers

We ask all players from all our teams to support this initiative this weekend. Without umpires we wouldn’t have a game.